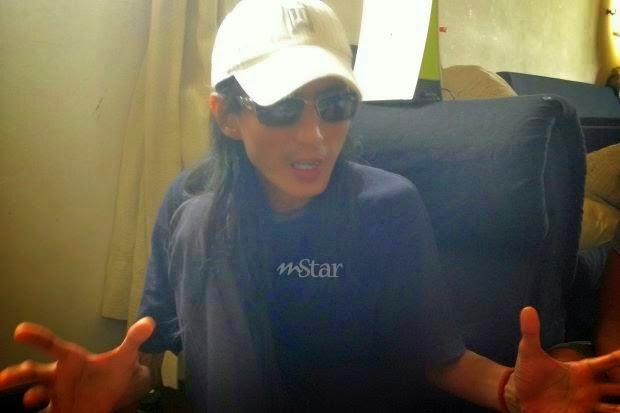 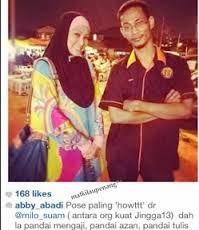 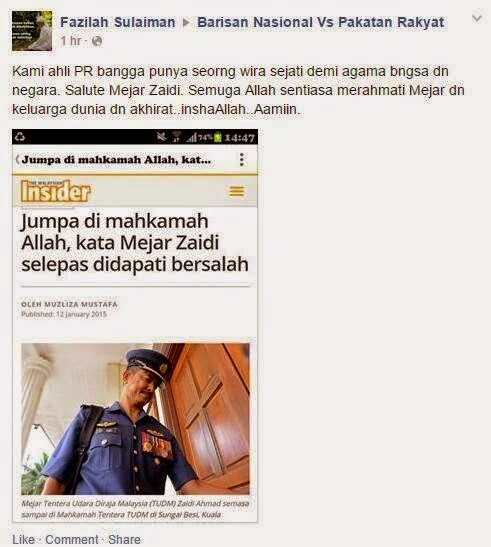 I am NOT Charlie

January 08, 2015 -   Okay, let's be clear.  I am not Muslim.  I oppose terrorism.  I don't even support the death penalty.  I loathe Takfirism.  I oppose violence as a means to make a political or ethical point.  I fully support freedom of speech, including critical speech and humor.

But this morning I am most definitely NOT Charlie.

In fact, I am disgusted and nauseated by the sick display of collective hypocrisy about the murders in France.  Here is why:

Charlie Hebdo for the Darwin Awards ?

The folks at Charlie Hebdo had it coming. Here is what I wrote about them in September 2012 when they published their famous caricatures of the Prophet Mohammed: Worthy of the Darwin Awards, if you ask me.  Excellent, the “gene pool” of the French “caviar-Left” badly needs some cleaning".  Today I fully stand by my words.


Just a stupid dare?. Let me ask you this: what would be the point of, say, taking a nap on train tracks?  You don't have to "agree" with the train which will run you over, but it still will, won't it?  What about taking a nap on train tracks specifically to make a point?  To prove that the train is bad?  To dare it?  To make fun of it?  Would that not be the height of stupidity?  And yet, that is *exactly* what Charlie Hebdo did.  I would even argue that this is how Charlie Hebdo made it's money, daring the "Muslim train" to run them over.  You think I am exaggerating?  Check out the caricature which one of the folks who got murdered yesterday had just posted.  The text reads: "Still no terrorist attacks in France - Wait, we have until the end of January to send you our best wishes".  The crazy person shown in the drawing is packing a Kalashnikov and wearing an Afghan "Pakol" - the typical "crazy Muslim" in Charlie Hebdo's world.  Talk about a stupid dare...

There is an expression in Russian: spitting in somebody's soul. It
fully applies here.  Muslims worldwide have been unambiguously clear about that.  They take blasphemy very, very seriously, as they do the name of the Prophet and the Quran.  If you want to really offend a Muslim, ridicule his Prophet or his Holy Book.  That is not a secret at all.  And when Charlie Hebdo published their caricatures of the Prophet and when they ridiculed him the a deliberately rude and provocative manner, they knew what they were doing: they were very deliberately deeply offending 1.6 billion Muslims world wide.  Oh, and did I mention that in Islam blasphemy is a crime punishable by death?  Well, it turns out that of 1.6 billion Muslims exactly three decided to take justice in their own hands and kill the very deliberately blaspheming Frenchmen.    You don't have to be Muslim or to approve of the death penalty for blasphemy to realize that this was inevitable and that this has nothing to do with Islam as a religion.  Offend any group as large as 1.6 billion and sooner or later you will find 1-5 folks willing to use violence to make you pay for it.   This is a statistical inevitability.

Are some victims more equal then others?

So 12 deliberately "soul spitting blasphemers" were murdered and all of France is in deep mourning.  The media worldwide does such a good job presenting it all as a planetary disaster that many thousands people worldwide say "I am Charlie", sob, light candles and take a "courageous" stance for freedom of speech.

Crocodile tears if you ask me.

The Empire's freedom fighter. The fact is that the AngloZionists have carefully and lovingly nurtured, organized, armed, financed, trained, equipped and even directed the Takfiri crazies for decades.  From the war in Afghanistan to Syria today these murderous psychopaths have been the foot-soldiers of the AngloZionist Empire for decades.  But, apparently, nobody cares about their victims in Afghanistan, in Bosnia, in Chechnia, in Kosovo, in Libya..
Posted by SiamangBukit at Monday, January 12, 2015 No comments:

The Machine gun is mightier than the Sword.Kenapa mahu bergaduh dengan orang gila?Free Speech is not entirely free. It may costs you your life.

It is a bit of irony that the English words  "The pen is mightier than the sword" first written by novelist and playwright Edward Bulwer-Lytton in 1839, in his historical play Cardinal Richelieu, is being used to response against the recent Paris massacre. 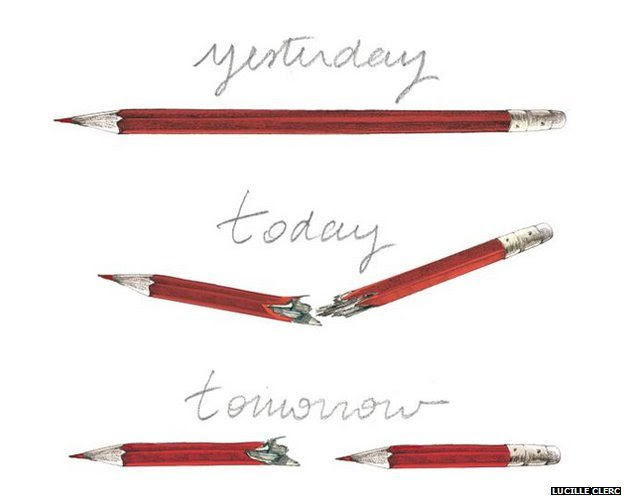 While majority of the Muslims around the world condemned these as an act of terrorism and against Islam, many sees the chosen words used to response to defend the free speech fail to see the grievances of many Muslims and that the West has chosen to see this unfortunate event but to support a war against Islam.
It has been always known to these cartoonists that while you can write against the religious concept of Islam as a religion, you should learn how to respect their believes but not portraying a caricature of 'Prophet Muhammad' with the purpose of mocking up a dead man with sole reason of insulting the Muslims .
While the Muslims always had no means of hitting back with a caricature of Jesus, Moses and all the other prophets, which against the religion of Islam this act of using caricatures to portray any Prophets or Religious Heads should not be allowed at all, merely because no Muslim can control over the extremists who will get seriously offended. How can you reason with an amuck running guy?
If extremism can be equate with unstable followers of a cult, why choose to argue with a mad person after all.
A Malay proverb says it all , "Kenapa mahu bergaduh dengan orang gila? Memang cari pasal" (Why would want argue with a mad person, you would only be looking for trouble,
Sendir buat sendiri tanggung. In the first place, one must learn to self control. Free Speech is not entirely free. It may costs you your life.

Tribute cartoons to the journalists at Charlie Hebdo compare pencils with guns, writers with fighters - it's also why some demonstrators are holding pens and pencils in the air. Many assert that "the pen is mightier than the sword". But where does this idea originate?

The English words "The pen is mightier than the sword" were first written by novelist and playwright Edward Bulwer-Lytton in 1839, in his historical play Cardinal Richelieu.

Richelieu, chief minister to King Louis XIII, discovers a plot to kill him, but as a priest he is unable to take up arms against his enemies.

His page, Francois, points out: But now, at your command are other weapons, my good Lord.

Richelieu agrees: The pen is mightier than the sword... Take away the sword; States can be saved without it!

The saying quickly gained currency, says Susan Ratcliffe, associate editor of the Oxford Quotations Dictionaries. "By the 1840s it was a commonplace."

Today it is used in many languages, mostly translated from the English. The French version is: "La plume est plus forte que l'epee."

Posted by SiamangBukit at Friday, January 09, 2015 No comments:

ULAR PUTIH: Fool For Your Loving ...

Posted by SiamangBukit at Thursday, January 08, 2015 No comments:

Overheard a heated conversation during lunch... between a Kelantanese young man and a Sudanese man. It was ironic that I was seated too close to these two when all I wanted was to stay away from heated argument of this nature.

Sudanese: "So, have u visited your kampung? How bad is it?"
Kelantanese: "The water reached the waist level. I haven't gone home since boats can't even get to the house."
Sudanese: "Sorry about that. I hope your family is doing ok. But seriously, I'm amazed that you have not tried to at least go back earlier. When do you plan to go see your mom?"
Kelantanese: "Tomorrow inshaaAllah."
Sudanese: *paused*..... "You don't think it's a little ironic, that you are having lunch with me today... eating salmon steak with mashed potato... while your mom and dad aren't eating anything till today?"
Kelantanese: "What's that supposed to mean? I told you already, no point even trying to go back.... I can't even reach those areas."
Sudanese: "I don't know about your culture... but when Sudan had a big flood last year.... everyone tried their level best to go home. But here you are, eating lavishly.... enjoying food. At the same time you condemned your own Prime Minister for playing golf when the country is hit by flood."
Kelantanese: "He is the Prime Minister... he has responsibility towards his people, his country... his states."
Sudanese: "And you are NOT a leader of your family? Your sisters, your brothers do not need you in moments like this when you are enjoying salmon steak?"

Kelantanese: "I have my other brothers to help my family members."
Sudanese: "And your Prime Minister does not have his other ministers to manage the flood? He has to come back and try to get into the water even though he knows he cannot get to these areas, while people like you, who are responsible for your own family are eating salmon in this classy cafeteria? Isn't it like the pot calling the kettle black?"

Interesting conversation, which eventually left the salmon steak cold... with one walking away, and the other looking pissed. Yours truly gawked.

The irony of life:

1.We want everyone else to do their job well.... but we do not know our own responsibilities.

2. We forget our duties to our husbands / wives / mothers / fathers / children, but expect others to take care of their needs when we are not around.

4. We want things changed, but we are not changing ourselves.

How ironic.... really.
Posted by SiamangBukit at Wednesday, January 07, 2015 No comments:

Posted by SiamangBukit at Friday, January 02, 2015 No comments: