Posted by SiamangBukit at Sunday, July 25, 2010 No comments:


TO say the least, amusing. That's how I would describe the spat between Penang CM Lim Guan Eng and State Development Officer Nik Ali Mat Yunus, a federal appointee. How Nik was appointed means that no matter how much Lim hates his face, there is nothing the egoistic politician can do so that he sees only the ass of Nik.

Safe to assume that most of us don't know exactly why Lim doesn't like Nik but one would expect a foreign trained accountant and a seasoned politician like Lim to offer the public better reasons. What we do know is that it is not within the scope of the SDO's job specifications to see to it that a chair is there, reserved for the Right Honourable CM, at a launch for which the SDO is not expected to micro manage.

And illegal sand-mining? Isn't that within the jurisdiction of the land office or the district office? How could Lim then drag Nik into the picture and hold him responsible?

And the demolition of arches at a botanical gardens? C'mon Lim, that too the fault or responsibility of the SDO?

I don't want to get into the moral side of the issue, the words one says the other shouldn't be using, but at least Mohd. Sidek Hassan, as Chief Secretary to the Government and thus the country's senior-most civil servant and Nik's boss, has come to the latter's defence. It was a decision backed by the Cabinet at its last meeting.

Nik may have erred but surely Lim must have better reasons than micro issues to want to belittle him in the open.
http://azizhassan.blogspot.com/2010/07/sdo-chair-for-cm-hmm.html
Posted by SiamangBukit at Saturday, July 24, 2010 No comments:

To nuke or not to nuke Part 3

COSTS
Sorry for this long delay. Talking about costs there are many ways in calculating costs. However, using this process one can also use relative cost as a mean of gauging if one option is cheaper than the other.


There are 3 main elements of cost, namely:
1. Costs related to initial layout, that the government has to raise, for the building of the infrastructural complete set up.


2. Costs that is eventually related to the maintaining and sustaining of the plant
3. Costs related to hire resources to man the plant

Since it will be cumbersome to know for now, the precise estimated values of the above cost components, but using AHP, one can adequately estimate the relative impact of each component in terms of attractiveness of such costs of one against the other. 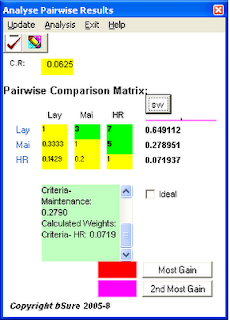 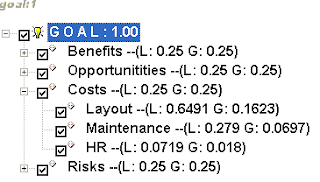 Posted by SiamangBukit at Thursday, July 15, 2010 No comments:

A TRIO FUNNIER THAN THE THREE STOOGES

A TRIO FUNNIER THAN THE THREE STOOGES
Posted by SiamangBukit at Tuesday, July 13, 2010 No comments: 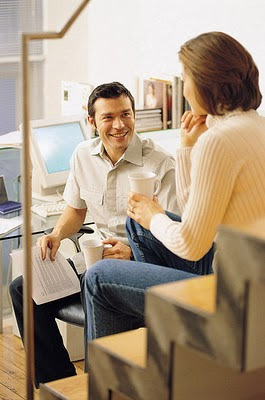 Photo: Mohd. Azrul Azhar & Mohamad Danial Shahri
(Astigan.com) — Researchers from the Centre for Global Archaeological Research (PPAG) Universiti Sains Malaysia (USM) have once again created history by discovering the remains of an iron smelting site, dating back to the 3rd Century AD, at Sungai Batu, Lembah Bujang, Kedah.
The discovery adds on to the important historical facts about Southeast Asia, and simultaneously proving that early human civilization in Lembah Bujang was far more advanced than was first believed.

The Director of PPAG, Assoc. Prof. Dr. Mokhtar Saidin said that the excavation at the Sungai Batu site began in early February and has succeeded in not only discovering the site but also tools that indicated that the site was used for iron smelting.

He said that a sample of coal from the site was sent to Beta Analytic Inc., Florida for radiocarbon dating and it was dated back to 1700+/- 40 BP or 3-4th Century AD.

Other evidence gathered from the site included tools to pump in oxygen into the iron smelting process, rooftops of buildings, beads, pots and others.

“This is the first discovery of the earliest iron industry in Lembah Bujang and has been dated conclusively. This date also adds on to the facts and data on the early history of Southeast Asia,” he explained.

He said this at a press conference after escorting the Vice-Chancellor, Prof. Tan Sri Dato’ Dzulkifli Abdul Razak on a tour of the excavation site here, today.

He added that apart from the discovery of the iron smelting site, researchers from PPAG discovered another site in an area nearby. The site uncovered bricks used for a building structure, believed to function as an administrative centre or a port complex.

“This evidence had not been found before, and in historical studies, previous researchers had only discovered temples where early man had worshipped,” he said.

Mokhtar said that his team will conduct further studies and link it to the present historical site (Candi Lembah Bujang) and the latest site with building structures and an iron smelting area.

“However, what is certain is that the stone structure that was discovered is not related to the place of worship like the temple because the construction and bricks used are very different,” he explained.

He added that PPAG will submit a proposal to the Ministry of Unity, Culture, Arts and Heritage to develop a 3 by 3 sq. km building plan of the historical site.

Among the proposals that will be put forward include a ‘historical tourism’ package that will link Sungai Batu to the present site in Lembah Bujang and an ‘in-situ’ exhibition gallery.

Mokhtar went on to explain that, in short, all the discoveries prove that human civilization in Lembah Bujang existed much earlier, was advanced and that the site was probably an entrepot for exporting iron in the 3rd Century.

Meanwhile, Dzulkifli said that PPAG, which has been entrusted with the responsibility of conducting archaeological studies at the site, will immediately start drawing up the building plans in the area named Lembah Bujang Heritage Park.

He said that it will be implemented with an injection of RM 2.3 million by the Ministry to subsidize all the work processes, including excavating, preparing information and GIS data, geophysics and creative arts in Lembah Bujang.

“More than 70 members, including staff and students from PPAG, the staff of the Lembah Bujang Archaeological Museum, and the local community are involved in the excavation. USM is looking into the possibility of increasing the number of workers at the site according to the current needs.

“USM is committed to carrying out its responsibilities and this is an important research process that will have a huge impact especially for new discoveries in the history of Southeast Asia,” he explained.

Material by the Universiti Sains Malaysia
Posted by SiamangBukit at Saturday, July 10, 2010 No comments:

Paris Hilton's Malaysian Connection: Did Taek Jo Lo has his hand in her?

Socialite Paris Hilton, who was arrested in South Africa for suspected drug abuse last weekend, was reportedly flown in by a Malaysian millionaire.

Could a Malaysian be behind American socialite Paris Hilton's arrest? If reports are to be believed, it could well be true.

According to AsiaOne, an unnamed Malaysian tycoon had allegedly flown in the 29-year-old hotel heiress to South Africa before her high-profile arrest for suspected drug abuse in Port Elizabeth. Several international media agencies highlighted the story, reporting that Paris was flown in from London by private jet to Johannesburg by a "mysterious Malaysian millionaire".
At the time of the arrest, Paris was travelling in a bus with her friend, former Playmate Jennifer Rovero, and actor Leonardo DiCaprio, on their way to catch the Brazil-Holland World Cup quarter final match at the Nelson Mandela Bay Stadium on Friday (02.07.2010). According to local police, they found a packet of local marijuana known as "dagga" in Paris' designer handbag after police boarded the bus with sniffer dogs.

However, Paris walked away a free woman when the charges against her were dropped by a special World Cup court after Jennifer admitted that she was the one who had the drugs. Cover up? We have no idea.
Posted by SiamangBukit at Wednesday, July 07, 2010 No comments:

Materialistic Singapore? A bit of laughter is good for you


A very successful Singaporean lawyer parked his brand new Porsche Carrera GT in front of the office, ready to show it off to his colleagues.

As he was getting out, a truck came along too close to the car and completely tore off the driver's door.

Fortunately, a policeman was close enough to see the accident and pulled up behind the Porsche; it was completely ruined and would never be the same no matter how hard the body shop might try to make it new again.

His lights flashing, but before the policeman had a chance to ask any questions, the lawyer started screaming hysterically about how his Porsche, which he had just picked up the day before ,was now completely ruined and would never be the same no matter how hard the body shop tries to make it new again.

After the lawyer finally calmed down from his rant, the officer shook his head in disgust and disbelief. 'I can't believe how materialistic you lawyers are,' he said.

'How can you say such a thing?' asked the lawyer.

The officer replied, 'Don't you even realize that your left arm is missing? It got ripped off when the truck hit you!'

OH, MY GOD!' screamed the lawyer.

KOREANS ARE RACIST AND WORST ?!!!

Frankly speaking, I don't have any opinions on this. But I somehow stumbled onto this. Come to think of it I had never encountered well behaved koreans. Especially on the golf course.

There are sayings about them on the golf course. How much Malaysians would want to avoid them in the same flight.

But if you think harder, many Japanese blamed the brutality during the World War 2 were executed by Koreans who were forcefully recruited into the Emperor's army.

If you look at the most misbehave kids on the golf course are of course Koreans. Many of us admired these Koreans in the recent World Cup efforts, but many have no qualms of them losing. There have no qualms about us the rest of Asia anyway. Check the UN President himself.

Read and evaluate yourself!!!
KOREANS ARE RACIST AND WORST

Is it true that according to opinions of most native speakers, koreans are:

2. Korean students and managers to be the worst.

3. The Koreans have this superiority complex which seems to hinder any honest effort to build

a good rapport with them.

4. The Korean managers will tell you what you want or need to hear, and then deny or fail to

follow through with their promises.They would rather replace you with someone else as opposed

to giving you that raise they promised.

5.Their business ethics are somewhat unethical

6. Japanese to be the most polite and understanding when teaching English. Their word can be