Posted by SiamangBukit at Thursday, February 25, 2010 No comments:

The moral of showing appreciation for the impact others have on your life is ably demonstrated by the story of Charles Plumb.


Charles Plumb was a U.S. Navy jet pilot who served in Vietnam. One day, he and his wife were in a restaurant when a man came up and said, "You're Plumb, aren't you? You flew jet fighters in Vietnam from the aircraft carrier Kitty Hawk and you were shot down!"

“How in the world did you know that?" asked Plumb.

"I packed your parachute." the man replied. Plumb gasped in surprise and gratitude. The man pumped his hand and said, "I guess it worked!"

Plumb assured him, "It sure did. If your chute hadn't worked, I wouldn't be here today."

Plumb couldn't sleep that night, thinking about the man who had had his fate in his hands. “I wonder how many times I might have seen him and not even said 'Good morning, how are you?' or anything because, you see, I was a fighter pilot and he was just a sailor."

Here are ways of showing appreciation to the people who make a difference to you.

Say ‘thank you’ and mean it!

When you're in a café, make eye contact with the wait staff and say thanks – it can make a difference to their day. In fact I find the best place to interview people for jobs is in a café. You can learn a lot about people's behaviour when you watch how they treat the wait staff.

Do you have a friend in need?

There's an old saying “to have a friend, be a friend” and I'll never forget the toughest meeting I ever had. I’d got out of touch with an old mate and although I knew he was seriously ill, I made excuses not to visit him. Next thing I knew I was giving the eulogy at his funeral. The toughest meeting I ever had was when I visited his Mum a month later - it was obvious that if I could visit her, I could have visited him and helped 'pack his parachute'. It’s fair say that my parachute stayed empty for a while.

Recognise when your parachute’s being packed!

People who are outwardly successful but are unhappy privately are often that way because they never stop to count their blessings. Don’t forget all the things you have to be thankful for.

Pack your own parachute…

Giving really is its own reward. We could share the load with a friend, whilst having a coffee. We could donate some time to benefit a charity or our local community. We could be good to ourselves by having a bag with cossies and a towel in the boot, in case we have the chance to have a swim during the day.

Use your spare time to be a good friend

Instead of sitting in the traffic, getting frustrated because nothing’s happening, why not make a quick phone call to a friend to see if they need help to pack their parachute?

Let's give the last word to Charles Plumb:

"Sometimes in the daily challenges that life gives us, we miss what is really important. We may fail to say hello, please or thank you, congratulate someone on something wonderful that has happened to them, give a compliment, or just do something nice for no reason.

As you go through this week, this month, this year, recognise people who pack your parachutes."

Posted by SiamangBukit at Saturday, February 13, 2010 No comments:

Not only doctors, lawyers too, must serve the government!!!

In the late, there are many concern many could not afford legal fees and were not represented, Today, Murugiah was surprised that 57 thousands odd people were not represented because of high legal fees.
Biro Guaman are reported to be short staffed, therefore it would make sense if new lawyers should serve the government in this area, probably under some law firms, for certain number of years, but paid by the government to take up cases where those involved are from lower income groups.
Benefits from this program are multifiold; new lawyers  will have the experience of laws and disadvantageous will have proper presentation.
---Black Monkey from Kuantan----
Posted by SiamangBukit at Tuesday, February 09, 2010 No comments: 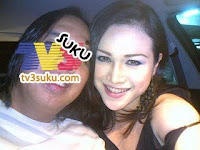