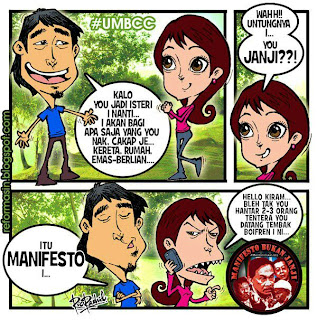 Oleh Black Monkey from Kuantan
Posted by SiamangBukit at Friday, March 29, 2013 No comments:


The denial came during naval patrols which Tuesday took Chinese ships within 80 kilometres (50 miles) of the Malaysian coast, amid rising international tensions over the disputed sea.
The navy described a Vietnamese claim that Chinese vessels had fired on one of its fishing boats as "sheer fabrication", Xinhua news agency reported.
Vietnam's foreign ministry said Monday a fishing boat was "chased and shot at by a Chinese vessel" and had its cabin set ablaze. Hanoi called the incident a "serious violation" of its sovereignty.
"There is no such things that Chinese vessel fired with weapons or the Vietnamese boats caught fire," Xinhua quoted a Chinese naval official as saying, adding that the Chinese vessel had fired "two warning signal shells".
Xinhua said four Chinese naval ships are currently patrolling around the Spratly Islands, a collection of islets and reefs which are also wholly or partly claimed by Vietnam, the Philippines, Taiwan, Malaysia and Brunei.
It said the ships Tuesday had reached the James Shoal, a collection of submerged rocks 80 kilometres off Malaysia and about 1,800 kilometres from the Chinese mainland.
The shoal marks the extreme limit of China's claims in the region, which it bases on a map published in the 1940s.
Ships in the patrol include the Jinggangshan, China's largest amphibious landing ship, Xinhua said.
Posted by SiamangBukit at Thursday, March 28, 2013 No comments: 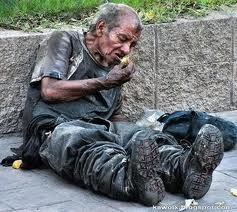 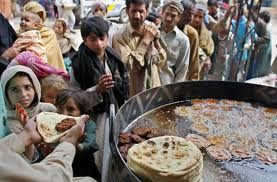 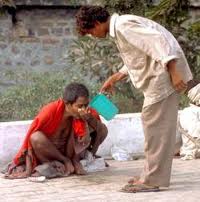 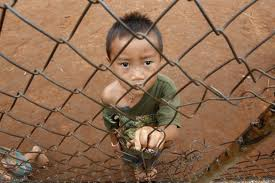 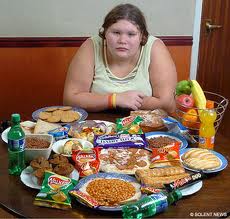 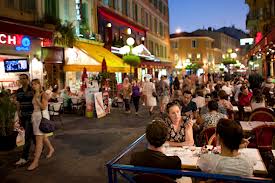 DSAI or Mr Anwar Ibahim is not YET a PM…but tried to stay away from Myanmar Muslim Issues.
Although even TDM allowed me to interview on Burmese Politics, he refused my repeated request. That was even before 2008 elections. But I have to thank his wife for a very good interview.
Yesterday I could post Myanmar Muslim news as comments on his FB but today my comment facility was BLOCKED.
But TQ, I could still comment on FBs of our PM, TDM, Mr. LKS (DAP) and Datin Marina Mahathir.

Sumber: disini
Posted by SiamangBukit at Friday, March 22, 2013 No comments:

1. ZAMBOANGA, Philippines - When the Sultan of Sulu visits his oil-rich cousin the Sultan of Brunei, he says that he is ashamed to be so poor. But Sultan Ismael Kiram adds that he believes this will change because of the war on terror, and that the US military action in the southern Philippines will empower him, just as it has another formerly unknown royal, Afghan leader Hamid Karzai.

2. Sultan Kiram III, a Muslim royal based in the Jolo island hotbed of Islamic radicals..

3. We would prefer to be under the protection of the US government..

14..."If [Malaysian Premier] Mahathir [Mohamad] refuses to cede Sabah peacefully, then the other alternative is to force them."

21..Kiram says that he still has not decided about China's offer. "Our first choice is the American government," he says.

Anwar Ibrahim, head of Malaysia's opposition coalition, which includes the Malaysian Islamic Party (PAS), has spent a lifetime in the service of Western interests. Anwar Ibrahim was Chairman of the Development Committee of the World Bank and International Monetary Fund (IMF) in 1998, held lecturing positions at the School of Advanced International Studies at Johns Hopkins University, was a consultant to the World Bank, and a panelist at the Neo-Con lined National Endowment for Democracy's "Democracy Award" and a panelist at a NED donation ceremony - the very same US organization whose subsidiaries are funding and supporting Bersih, a faux-pro-democracy Western-funded street movement that in fact was created by, and in the service of Anwar Ibrahim's political ambitions.

Anwar Ibrahim's affiliations with Malaysian "Islamists," the already active political subversion his US State Department-funded Bersih movement is sowing in Malaysia's streets, and his Western backers' habitual support for terrorism internationally as a geopolitical tool, raises the possibility that his opposition movement is complicit in the conveniently timed militant destabilization Malaysia now faces, only months before 2013's general elections.

This may be why the Western media refuses to properly cover an otherwise very noteworthy conflict. The fact that these militants are emanating from long-time US ally, the Philippines, and the Philippines' current role in assisting the US "pivot" towards Asia, and more specifically facilitating a proxy confrontation with China, illustrates the greater regional implications at play. The US intends to install client regimes in Myanmar led by Aung San Suu Kyi, Thailand led by Thaksin Shinawatra's despotic political dynasty, and in Malaysia led by Anwar Ibrahim. Together, this front will then be turned against Chinese interests as part of a long-planned desire to encircle and contain China.

It will be done so under ASEAN and at the cost of Asia's stability and prosperity.

The future of Asia hangs in the balance, and, therefore, conflicts like Malaysia's battle against armed extremists in Sabah may not be covered by the Western press, but it must be covered by the alternative press. The unhinged insanity that is now spilling blood on Malaysia's shores, also represented by the West's proxy Anwar Ibrahim and his attempts to provoke street protests against the ruling government, illustrates just how dangerous the current Anglo-American international order is, and how far its reach extends.

We must identify the corporate-financier interests driving this agenda, - interests we most likely patronize on a daily basis, and both boycott and permanently replace them to erode the unwarranted influence they have used, and will continue to use against people the world over


Sumber: Disini
Posted by SiamangBukit at Tuesday, March 12, 2013 No comments:

Khabarnya sudah ada sekurang2 3 ribu orang Sulu bertapak dibumi Sabah untuk menjalankan kerja jahat Anwar Ibrahim yang sampai sekarang membisu walaupu beliau boleh hanya menalipon Nur Misuari untuk memberhentikan aktiviti sial mereka.
Anwar, PKR dan PR memang sudah lama memusuhi tentera dan polis kita. Jadi, objektif mereka ini adalah untuk membalas dendam terhadap tindakan mereka semasa BERSIH dengan mengupah orang MNLF untuk memberi maximum damage terhadap pasukan keselamatan kita.
DOA2 kan agar pasukan keselamatan kita akan perolehi kemenangan.
-----
Malaysia ordered air strikes and mortar attacks against 200 men sent by the Sultan of Sulu to occupy a coastal village in Sabah.
Malaysia will regret its action because it was tantamount to declaring war against the Tausugs, the fiercest of Philippine Muslim tribes.
Ironically, it was Malaysia that helped the Tausugs fight the government of President Marcos in the 1970s and ’80s.
* * *
Nur Misuari, founding chair of the Moro National Liberation Front (MNLF) that waged war against the government, is back in the limelight after many years in oblivion.
He warned President Noy that any attempt to arrest Sultan Jamalul Kiram III would result in “total chaos” for the country.
Misuari, who has royal blood, has the backing of the long dormant MNLF, its members spoiling for a fight.
Better for our government to let the Tausugs fight the Malaysians in Sabah, which they claim is their homeland, rather than fight the Tausugs in the country.
* * *
Ironically, it was P-Noy’s mother, the late President Cory Aquino, who brought Misuari back to the country from a self-imposed exile in Saudi Arabia.
Misuari was already a forgotten figure among his people when “Tita” Cory, upon the advice of her brother-in-law, Butz Aquino, and then Interior Secretary Aquilino Pimentel, recalled him from oblivion.
President Noy is now suffering from his mother’s wrong decision.
* * *
There is no way Misuari had no hand in the dispatch of 200 men to Sabah by the Sultan of Sulu.
Sultan Kiram doesn’t have men and arms to back up his claim of ownership of the former North Borneo island—the MNLF has.
Kiram doesn’t have the money to launch a large-scale expedition to Sabah.
My sources close to the sultanate told me that even before Kiram sent his men to Lahad Datu, about 2,500 armed Tausugs had already been prepositioned in Sabah.
During the standoff or before the attack on Lahad Datu by Malaysian security forces, 150 armed Tausugs from Palawan province were able to land in Sabah.
An additional 600 Tausugs landed in Sabah last week, according to my sources.


The men who landed in different areas in Sabah are being harbored by their fellow Tausugs in the former North Borneo.
There are 800,000 Filipinos, mostly Tausugs from Sulu and Tawi-Tawi, who are in Sabah.
Let’s do some Math: 2,500 plus 150 plus 600 equals a very formidable fighting force of combat-savvy Tausug veterans.
We’re not even counting the number of armed Tausugs who came to Sabah in small numbers before Sultan Kiram brought his men to Lahad Datu.
What President Marcos failed to achieve in 1969, the MNLF just might succeed in taking Sabah this time around.
* * *
So who is (are) behind Sultan Kiram’s decision to send an expedition to Sabah?
Apart from Misuari, what about the Sultan of Brunei?
The Sultan of Brunei has an interest in Sabah because it used to belong to the Sultanate of Brunei.
In the 1600s, the Sultan of Brunei faced a revolt by some of his men and sought the help of the Sultan of Sulu in quelling the rebellion.
The Sultan of Brunei, out of gratitude for the Sulu Sultanate’s help, gave away to the latter North Borneo, which was then part of his kingdom. This is what we now know as Sabah.
In 1878, the Sultan of Sulu leased North Borneo to the British North Borneo Company. The Malaysian government, which inherited Sabah from the British, continues to pay rent to the Sultanate of Sulu. 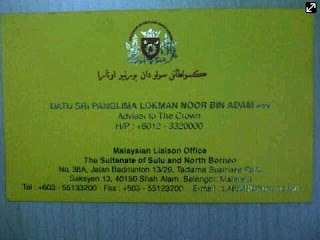